FROM A SMALL WORKSHOP
TO A GLOBAL, LOCAL PLAYER

1932
The beginning of the story. Richard Palfinger establishes a small workshop for agricultural trailers, tippers and vehicle bodies. 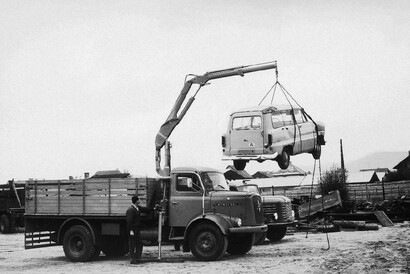 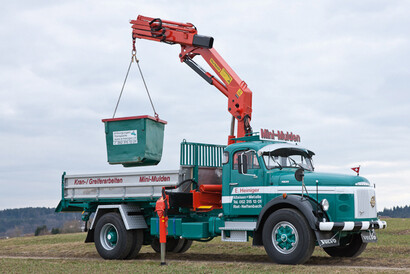 1974
Construction of a new assembly plant at Kasern (Austria).

1976
Patent for a hinged main boom. Finally - thanks to this innovation - even cranes with long outreach can be folded up and require very little space. 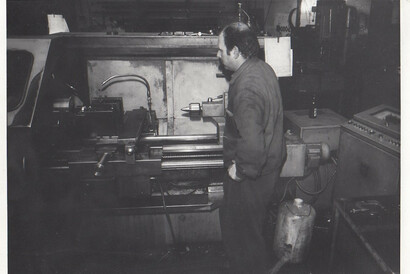 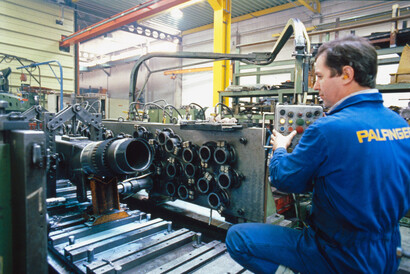 1989
The export quota climbs over the 90 percent mark. PALFINGER is present in over 70 countries. And still counting. 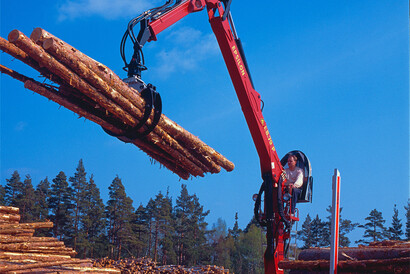 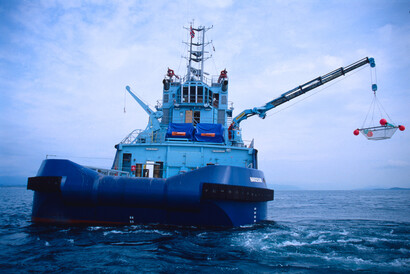 1992
The sea beckons. PALFINGER manufactures its first marine crane in Köstendorf, Austria, before relocating the division to an independent plant in Croatia in 2000.

Special solutions by PALFINGER RAILWAY are used by railway companies for the first time.

1996
The portfolio broadens. PALFINGER creates a new product group by manufacturing the first Palift hookloaders, a development project launched in 1994.

Innovation award for COSSAN, the computer-aided method to analyse and optimise welded structures. Award of the Province of Salzburg.

1999
Ringing the bell. PALFINGER lists on the stock exchange in June to gain access to the international capital market for accelerated growth.

Patent for the hydraulic overload cut-off.

Inauguration of the new EPSILON plant at Elsbethen.

2001
Introduction of POWER LINK PLUS, a top reverse linkage system developed by PALFINGER. It allows even the most difficult types of crane work on very limited space.

Takeover of the Brazilian company Madal S.A. and foundation of MADAL PALFINGER. 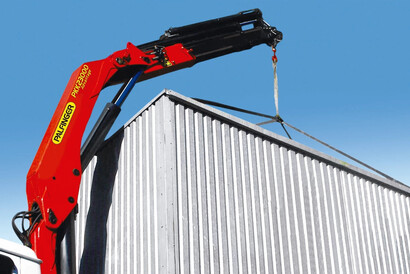 Province of Salzburg Innovation Award for development of the innovative handling terminal (IUT) and for the PALFINGER MOBILER products.

2004
PALFINGER takes over BISON, the German market leader for truck-mounted access platforms. The existing ACCESS products are integrated into the product portfolio of the new brand name BISON PALFINGER.

The crane series Advantage and Compact conquer the worldwide market for truck-mounted cranes.

2005
Acquisition of RATCLIFF. PALFINGER takes over the British market leader in the field of tail gates and access systems. 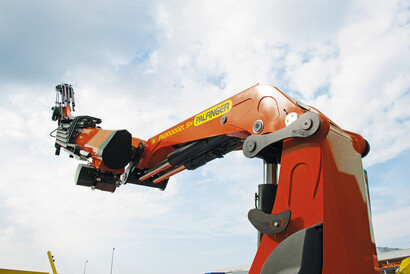 2007
PALFINGER presents "High Performance", a new generation of cranes. It stands out for its innovative and functional design.

PALFINGER takes over the Croatian supplier PiR Metall d.o.o. and the MBB Liftsystems AG, one of the global leaders in the manufacture of tail gates.

PALFINGER acquires MBB Liftsystems and its US subsidiary Interlift Inc in NAM.

2008
Because our planet matters. PALFINGER takes the first steps towards sustainable products by developing its first fully electric tail lift.

PALFINGER takes over the ELEVANT sector of WUMAG GmbH, one of the leading German manufacturers of truck-mounted access platforms.

PALFINGER takes over Omaha Standard Inc. – one of the market leaders in the US in the field of truck bodies and pick-up tail gates.

With the PK 50002-EH, PALFINGER presents its first model of the new High Performance large cranes.

Inauguration of the new hexagonal boom production at Lengau (Austria).

Palfinger Cranes India Pvt Ltd. was set up in October 2008. 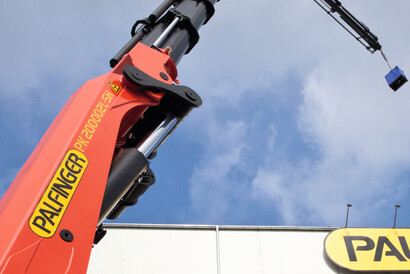 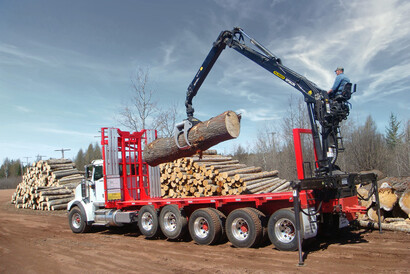 2009
Introduction of DPS-Plus, Single Link Plus and the Power Link cable winch for even more efficient truck-mounted crane operations.

PALFINGER took over Automated Waste Equipment, a US producer of container handling systems, thus becoming number two in this product division in the US.

LLC "Palfinger Crane Rus" was founded, the official distributor of PALFINGER in Russia and CIS countries.

2010
Convenience and safety initiative according to EN 12999:2011. With the introduction of the new SH crane series, including the PALtronic 150, PALFINGER revolutionizes the truck-mounted crane technology.

With the acquisition of a 75-percent interest in the Dutch company Ned-Deck Marine B.V. (ND M), PALFINGER entered the market of ship-mounted cranes.

PALFINGER expanded its marine portfolio with the acquisition of the marine and windmill crane business of Palfinger systems GmbH – the market leader in cranes for offshore wind energy plants. This acquisition made PALFINGER one of the leading suppliers of marine cranes. 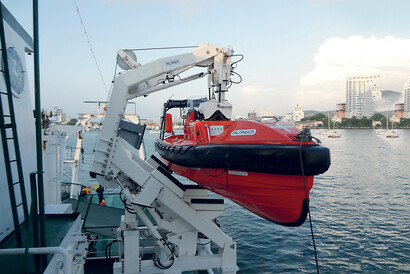 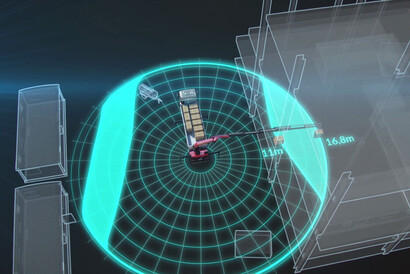 2011
The new stability safety system HPSC (= High Performance Stability Control) offers a maximum level of convenience and safety for truck-mounted crane operation. It is the most intelligent system on the market.

2012
Another great milestone. The joint venture with SANY, the leading Chinese construction machine manufacturer, PALFINGER consolidates its position on the world market for the next decade.

PALFINGER strengthened its market presence in South America by reaching an agreement on the takeover of Tercek, a company developing electric-powered bus lifts – a growth segment in this promising market – under the brand name Líbero.

With the acquisition of the Norwegian Bergen Group Dreggen AS, PALFINGER took a major step forward in the growth of its marine business. The Dreggen cranes added tailor-made crane solutions for the shipbuilding, oil and gas industries to PALFINGER’s product portfolio, thus opening up new opportunities and markets.

The innovation continues. PALFINGER introduces the P-profile, a teardrop-shaped polygonal extension system, to serial production in its latest loader crane. 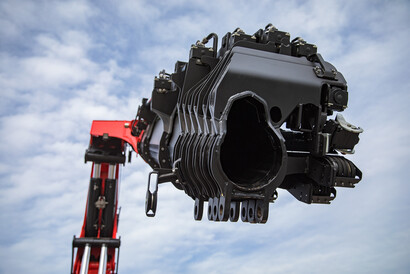 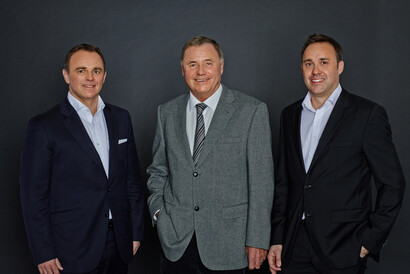 The PALFINGER Group has been awarded the most significant contracts for its marine business in the total equivalent amount of approx. EUR 90 million. The signing of the contracts has just been announced by Palfinger Dreggen, a PALFINGER subsidiary specializing in offshore cranes.

Takeover of parts of the business of the Korean marine supplier MCT ENG.

PALFINGER expanded its portfolio for the shipping and offshore industries to include special systems for accessing and performing repairs and maintenance by acquiring majority holdings in Palfinger systems GmbH and the Arab Megarme Group.

PALFINGER reached a cross shareholding agreement with its Chinese partner SANY, with the aim of strengthening future cooperation.

PALFINGER acquired a majority interest in the Russian PM-Group Lifting Machine, an important supplier of cranes for timber and recycling, with the objective of achieving an even stronger presence in Russia.

PALFINGER Marine Korea office was set up in October 2013.

2014
From Russia with love. PALFINGER and KAMAZ create value with two joint ventures specializing in the production and distribution of truck bodies and hydraulic cylinders. With this transaction, local value creation was substantially expanded in the important Russian market.

The Lifting Machines Group - the largest manufacturer of timber and recycling cranes and hooklifts became part of PALFINGER. 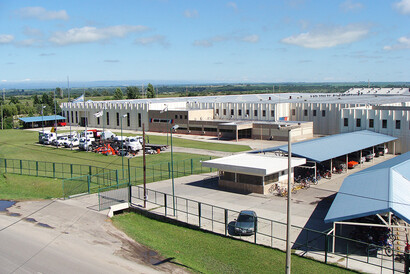 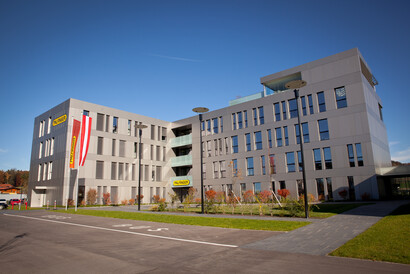 2015
Shanghai calling. PALFINGER opens its newest plant in Rudong, built in record time, primarily for the production of loader cranes for the Sany PALFINGER joint venture.

To complete its product portfolio in the marine business, PALFINGER took over Norwegian Deck Machinery AS, a manufacturer of special winches for the marine and offshore industry. This participation gives PALFINGER access to customer groups that have so far not been addressed.

A new loader cranes' production facility is built in Ishimbay.

In the second quarter, PALFINGER acquired a majority interest in its longstanding dealer MYCSA on the Iberian Peninsula and has continued the business at six locations.

The expansion of the marine business led to a change in segment reporting. Starting with the third quarter of 2016, the performance figures of PALFINGER are being broken down into segments LAND and SEA. The HOLDING unit maps the Group's administration and strategic projects for the future. The previous owner of PALFINGER's Danish dealer decided to focus on its core business. PALFINGER acquired the shares in the company, taking over all of the staff and continuing the business.

PALFINGER opened an interactive exhibition in Lengau (Austria), putting the spotlight on its brand promise with state-of-the-art technology. The exhibition also features the new delivery centre for complete vehicles.

Central and Eastern Europe's largest business incubator was opened in Vienna. PALFINGER is represented as a partner company at its new development site for IoT solutions, which is designed primarily to profit from cooperation with start-ups.

The strategic corporate planning up to 2022 was confirmed by the Management Board. Together with a new vision for the digital age and groupwide development programs, it points the way for the years to come.

PALFINGER Marine Korea was re-established as Palfinger Korea Co., Ltd. for the land business in July 2017.

PALFINGER Asia Pacific / Harding / Noreq amalgamation in Singapore, in relation to the merger between PALFINGER and Harding Safety globally in Dec 2017 for the Marine business. 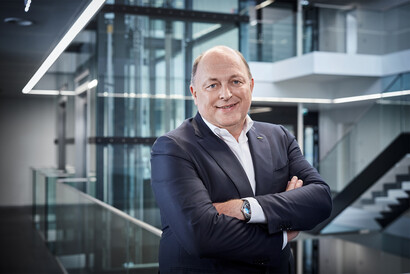 2018
At the beginning of June, Andreas Klauser was appointed to the new CEO of PALFINGER AG, thus completing the management team.

The GLOBAL PALFINGER ORGANIZATION (GPO) was implemented in January 2019. This organization supports a new form of collaboration across all units, promotes internal communication, and utilizes internal synergies. 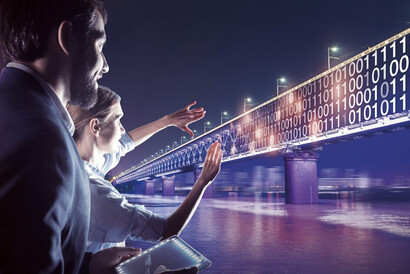 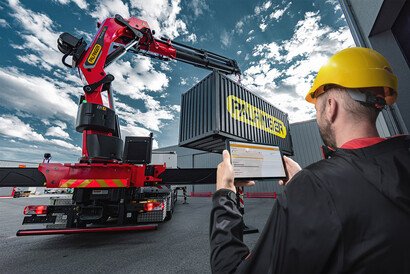 In order to stay close to customers, partners and dealerships around the world despite the restrictions imposed by the pandemic, the first edition of the PALFINGER World Tour (a digital event) takes place in October with the tagline “Challenge Accepted”. It was a proven success.

The Smart Eye makes it possible. PALFINGER and WIFI International are setting standards. For the first time in China, apprentices can take their Austrian apprenticeship exam finals - both digitally and live.

In December work begins on building the new PALFINGER Campus in Lengau. This is the first step toward implementing an extensive investment program of site enhancement, greening, and digitalization totaling approximately EUR 40 million. 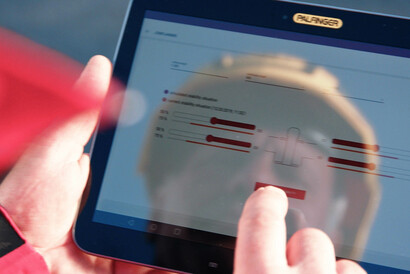 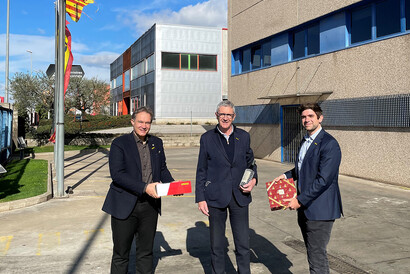 PALFINGER is implementing the largest investment package in its corporate history, amounting to around EUR 120 million. The focus is on the expansion of research and development centers as well as training and further education.

PALFINGER took over EQUIPDRAULIC in Barcelona. This acquisition strengthens PALFINGER Iberica's position in the Spanish market and, above all, in Catalonia, a strong industrial region.

PALFINGER Korea establishes a Service and Spare Parts Centre in Hwaseong in November 2021. 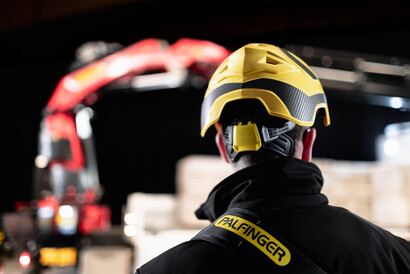 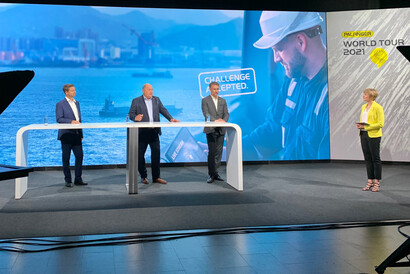 PALFINGER is shaping the way industry evolves. With around 8,700 views to the livestream and over 11,100 registrations, the second edition of the PALFINGER World Tour also met with great interest. Users from over 70 nations participated.

PALFINGER and SANY HEAVY INDUSTRIES signed an agreement on the reversal of the cross-shareholding. This substantially increases PALFINGER’s strategic scope.

PALFINGER represent a new record in PALFINGER’s corporate history in terms of revenue and earnings.

PALFINGER celebrates its 90th birthday and is starting the next chapter in its corporate history with the Vision & Strategy 2030. This transformation process sees PALFINGER actively aligning its corporate strategy with the future and driving forward sustainable changes. That’s because in view of the global challenges, watching and waiting is not an alternative for a global company. 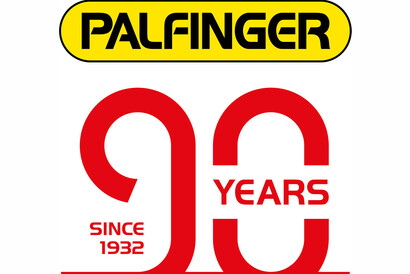