ETI Has Become One PALFINGER — An Exciting Step Forward

2010 marked a great year of change and a beginning step forward for PALFINGER with the announcement of an acquisition of ETI. From the words of Herbert Ortner in a KNL article from that year, chief executive officer of PALFINGER AG, “We have known ETI for a long time and are excited that the company is becoming part of the PALFINGER Group. ETI allows us to realize our strategy of becoming a truly local player in one of our strategic core business segments. It was just an opportunity that we think by combining forces, that we have more to gain in the future on a combined platform than we do singularly.” 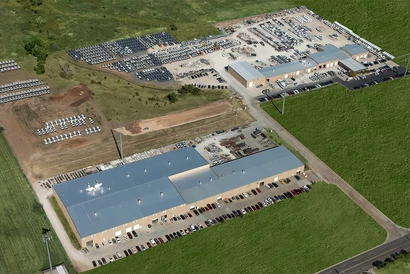 In 2007, ETI acquired a small crane manufacturer, Ideal Crane, specializing in 2000- to 6000-pound service cranes. Allowing for an expansion into the oil and gas industry and allowing for a new product launch to customers. In 2010, PALFINGER acquired ETI three years later, allowing PALFINGER to expand into the bucket truck/aerial lift industry and allowed ETI to expand into the < 50-foot working height market and increased distribution reach. There were no changes other than a logo update to include "A PALFINGER Company" in the design during this acquisition.

In the past 11 years, they launched seven additional models similar to years prior, focusing on increasing working height and weight handling. They also worked with Mercedes/Sprinter and Cox Communication, developing an aerial installation for the Sprinter van. Additionally, creating a fiber optic controlled, insulated van allowed for a compact design for inner-city work. So much growth has occurred, and with a foot in the export market, there is the ability to shop aerial units worldwide.

In June of this year, an exciting change took place. ETI officially became One PALFINGER and, from now on, will be rebranded as PALFINGER.

Looking to the Future

Since the acquisition in 2010, profits have grown. In the initial years following the acquisition, revenue growth increased, accounting for 32% of consolidated revenue (contributing to the areas outside of Europe), and 27% growth was associated with acquisitions made in 2011. During this time, revenue has grown from USD 262 million to USD 1884.2 million. This growth is only predicted to grow as half-yearly reports for 2021 already indicate a $2.1 billion revenue target for year-end. This rebranding presents an exciting future ahead – with the completed integration of ETI secures footing in the aerial lift industry for many years to come.

The PALFINGER bucket truck product line will focus on releasing new offerings and models to push the industry forward. The Work-Ready Truck program, which offers a significant advantage by concentrating on superior lead times vs. current market availability, will help lead these efforts. Additionally, offering a quick ship program that provides work-ready units with modifications to the standard offering increasing our reach. Through a very focused catalog of products designed to maximize operator efficiency while at the same time maintaining the highest level of efficiency, we will deliver a superior, innovative product and service to our customers.

Having already delivered the successful new model, PBO 5548 IM, which allows for ease of service, lower cost of ownership, enhanced safety features and performance, we are excited for the future and all of the great products we will be releasing soon.

ABOUT THE PALFINGER NORTH AMERICA REGION

The main guiding principle of PALFINGER is to make our customers more successful with the help of our advanced machines, market experience, technical skills, committed employees and our passion for innovation. Always close to the customer, more than 800 sales and service centers are conveniently located across North America to provide PALFINGER users with the support and dedication that they deserve.